OUE Hospitality Trust announces its results for 4Q2015 on 25th January 2016. DPU fell 4.5% to 1.70 cents as compared to 1.78 cents in 4Q2014. Distribution income was $8 million lower than 4Q2014 due to lower contribution from Mandarin Orchard Singapore and Mandarin Gallery.

From the above figures, we can see that gross revenue is $2.6 million higher than 4Q2014. Hospitality segment posted higher revenue which offset the lower revenue from the retail segment.

Retail revenue was $0.3 million lower than 4Q2014 mainly due to lower occupancy and fit-out periods for tenants arising from lease renewals.

OUE Hospitality Trust has a high gearing ratio of 42.0%. The average cost of debt is 2.7%. 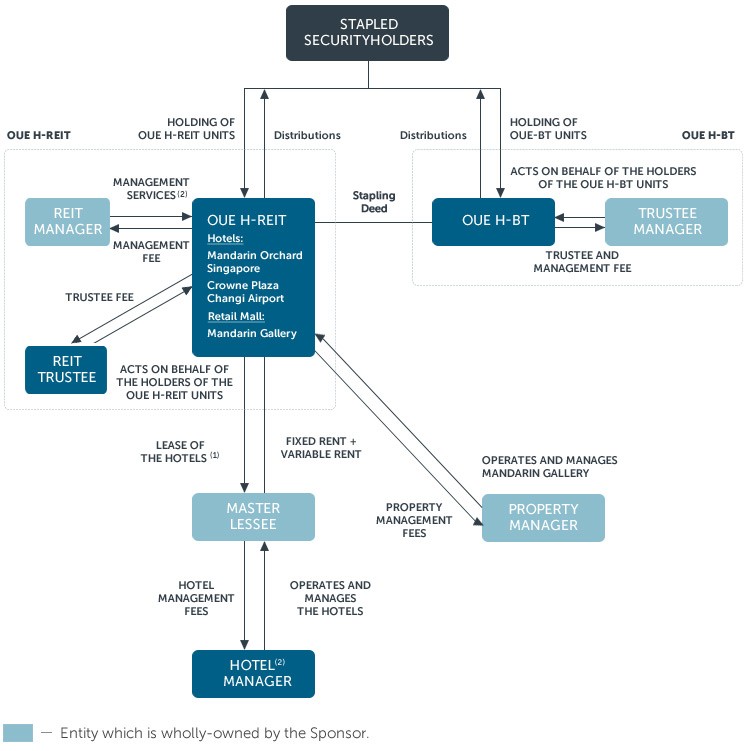 Singapore will again host major biennial events such as The Singapore Airshow and Food & Hotel Asia in the first half of the year. It will also be the first year that the country will host the World Rugby Sevens Series in April 2016. These events are expected to increase hospitality demand.