The higher distribution amount was due higher rental rates and lower utilities expenses at Alexandra Technopark, contribution from 357 Collins street and lower repair and maintenance and painting expenses for Caroline Chisholm Centre. 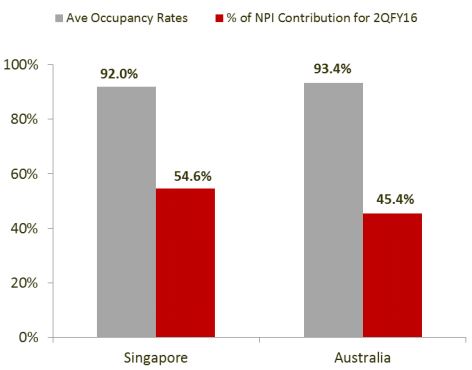 The leases of majority of top 10 tenants are expiring in 2017. Investors should monitor if the leases will be renewed. There is no financing required until FY17. 81% of gross borrowings are hedged on fixed rate.

Development works have started at China Square Central. The construction is expected to complete by 2019.