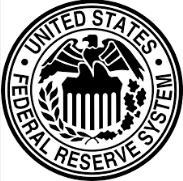 By raising the interest rates, the Federal Reserves makes it more expensive for banks to borrow. Banks in return may pass the higher costs to customers. Of course, being in competitive market like Singapore, there is a possibility of a price war breaking out between banks to attract home loan customers by offering lower interest rates.

With a higher borrowing rate, there is a small possibility we may think twice before taking up a car loan. This may cause current COE prices to fall. That is what I think.

#3 Strengthening of US Dollar

Yes, the US dollar is suppose to strengthen as the policy of raising interest rate is to curb inflation. This will impact those who loves buying and importing goods from US. On a side note, Amazon is coming to Singapore.