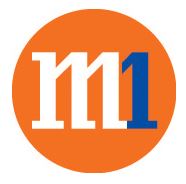 Fixed services revenue grew by 18.9% to S$61.1million for the nine months of 2015 and now accounts for 10.0% of service revenue. The growth was mainly driven by higher contribution from the corporate segment.

During the quarter, M1 launched several innovative tariffs and services, such as M1 Data Passport, mySIM mobile plans and nationwide ultra high-speed fibre corporate connectivity of up to 10 Gbps.

“We will continue to innovate and invest to further enhance our value propositions and customer experience,” said Ms Kooi, Chief Executive Officer of M1.

Based on current economic outlook and barring unforeseen circumstances, we estimate low single digit growth in net profit after tax for the year 2015. As my mindset shifted from being a value investor to an income investor, I made a drastic decision to update my portfolio. Given the current market turmoil, it was certainly a wrong timing to sell but I knew that some of my holdings are bought purely on speculation few years ago and if I did not sell now, losses will compound. I sold Amara Holdings, Boustead Projects, K1 Ventures and Second Chance Properties Ltd. I am not saying these few stocks are not good but it is just that I did not understand or did my home work on them prior to buying them. E.g. I bought Second Chance because of its high yield but I did not study in depth into its fundamentals. END_OF_DOCUMENT_TOKEN_TO_BE_REPLACED